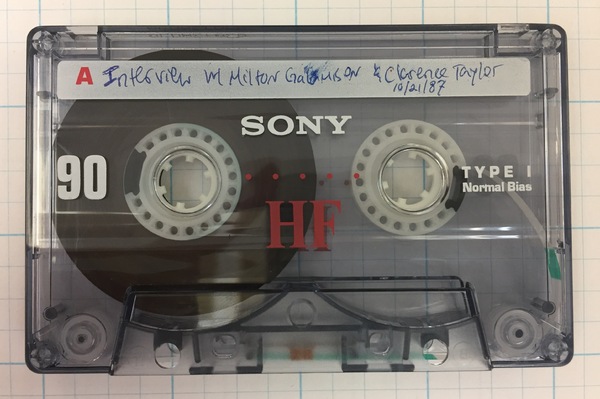 Rev. Milton A. Galamison was an early supporter of Brooklyn CORE. He is well known as a Brooklyn pastor and activist who led Siloam Presbyterian Church for four decades and acted as the chairman of the NAACP from 1956-1959. He often collaborated with CORE, participating in negotiations with companies like Ebinger’s and city government. He allowed CORE members to use Siloam as a meeting space and speak at his congregation. Galamison often encouraged his congregation to support CORE boycotts and joined their direct actions. He played a major role in campaigns against the Board of Education, partnering with CORE as the president of the Parents Workshop, a city wide group of parents formed to address segregation in public schools. He was leader in the Minister’s Council which co-organized demonstrations at Downstate.

This clip is from his interview with Clarence Taylor in the late 1980s. In it Rev. Galamison discusses the goals of demonstrations at Downstate Medical Center and role of the Minister’s Council in that action.

The material on this website is protected by copyright and/or related rights. All audio and photographic material is reproduced from the Brooklyn Public Library Civil Rights in Brooklyn Oral History Collection, and other collections. While access to many items in these collections is unrestricted, we do not own reproduction rights to all materials. Items may be used in any way that is permitted by the copyright and other rights related legislation that applies to the specific use. The user assumes all responsibility for rights related questions.